Sommer Center (above the Wells Pub)

For more than 200 years, tales of a giant serpent living in Cayuga Lake have be told and documented.

The limited edition book, which took more than a year for students to produce, features letterpress printing, linoleum cut artwork, and a fold-out map of Cayuga Lake. The book also includes reproductions of newspaper articles, plus a “book within a book” which draws the reader deeper into the mystery of the legend.

Preceding the official book launch, a 30-minute film, which was produced in 1987 by a former Aurora resident and now Hollywood filmmaker, Gabe Torres, will be screened.  “The Legend of Firefly Marsh” features scenes of Wells College and the Village of Aurora as it tells the tale of the lake serpent.

In addition to the film screening, special behind-the-scenes footage on the making the film will be presented.  The extra footage describes how Aurora, New York and Well College played a key role in the making of the film.  The filmmaker, Torres, left Aurora for Hollywood, where he continues to have a successful career in film

The event is free and open to the public.

Books will be available for sale.

Snacks may be sea monster themed. 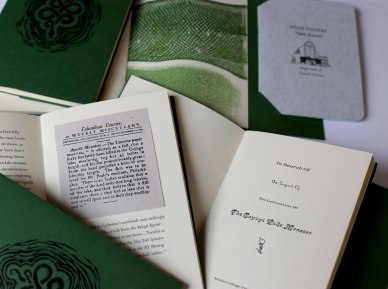